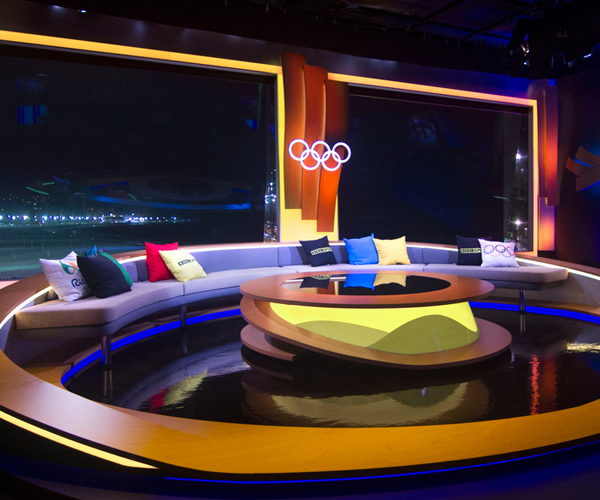 Following a great response to our printing of the custom costumes for the 2012 London Olympic Games, we were delighted to be approached in early 2016 with another Olympics request.

We received the artwork for the project, along with specific colour requirements, and the team got to work matching the specific Pantone shades as set out in the Rio 2016 Olympics symbol.

The range of cushions were to feature both the Rio 2016 logo, the BBC Sport logo and be colour co-ordinated to match the Olympic rings in beautiful, vibrant shades.

After approval, the cushion designs were sent for manufacture within our in house sewing dept and shipped to our client in early May, to ensure they arrived with plenty of time before the start of the games.

In addition to working to the style guide provided we also specified a flame retardant fabric as the products were to be used within a commercial environment so we offered the 190 gram Satin which is classed as fire retardant to meet the BBC’s flame retardant requirements..

We were thrilled to have our products showcased in front of millions of viewers during such a high profile event, when the BBC Sports presenters took to discussion.